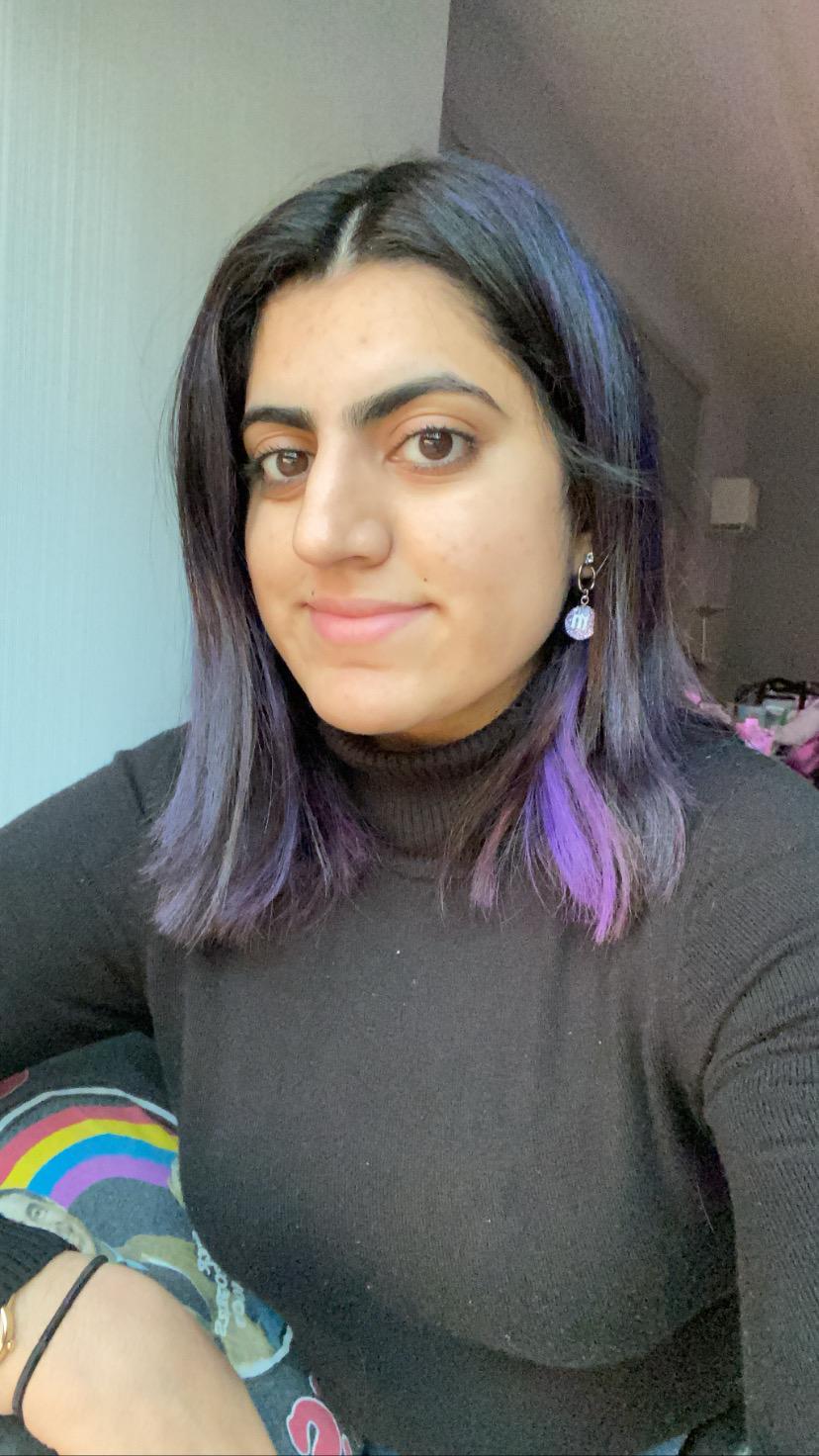 When I began working on the “Walt Whitman: Poeisis in Motion” project, the first thing I did was familiarize myself with Whitman's biography to better understand the person behind the poetry which has become a cornerstone of American creative written tradition. Then I asked myself what similarities did I, a woman of color living in 2022, have in common with Walt Whitman, a white male poet from the 1800s? Well, we were both Americans living on the east coast of the United States—me in New Jersey; him, in New York. I went on to find that Walt loved spending his free time in nature and had been politically active in debating slavery. Was this much different from the field time I spent exploring the Pine Barrens in my undergraduate biology classes or my participation in supporting the Black Lives Matter movement?

When Maria Zaman presented "The Influence of Whitman Across the Southeast Asia- Comparison between Walt Whitman and Kaiser Haq'' during the Poeisis in Motion sessions, I questioned what Whitman and Haq had in common—since Haq and I both come from South Asia, I wondered what in Whitman Haq saw for us. I realized that both include self-identification and calls to action in their poems, specifically “Ode on the Lungi” (Haq) and “Song of Myself” (Whitman 46). They both call for equality of people in their poems as well. Whitman and Haq both lived through wars during their lifetime. Whitman worked in Civil War hospitals and Haq joined the Liberation Army in the Bangladesh War for Independence in 1971.

I asked myself how I could feature my perspective as a Pakistani American in my project that would not only pay tribute to Whitman but also hold a conversation with him, as Haq did. I decided on writing a poem and creating a collage. I knew that I liked writing poetry since it allows me to bring together moments in the lived and imagined world. For me, poetry makes it possible to bring the reader with me as I travel through space and time, and bring life back to people, places, and things that no longer exist. I can create intimate conversations between myself, others, and the reader where we share the multiple facets of ourselves we grapple with daily such as gender, politics, and self-expression. With a collage I can share collected ephemera including natural elements such as dried leaves and flowers, fabric scraps, book pages, even pieces of paper from junk mail, and work with those different collected materials using my hands to create a visual representation of the connections between the materials that I see in my mind. Both mediums allow me to create conversations that would not exist otherwise and being able to have these conversations allows for a deep connection between the creator and the audience. I wanted to create a deep connection between myself and the reader just as both Whitman and Haq did with their work.

For my poem "Dada Walt," what I took from Kaiser Haq's poem "Ode on the Lungi” was the idea of asking Whitman to wear the lungi from:

In my poem, I invite Whitman to wear "freshly pressed /shalwar kameez" (Khan 55-56). Shalwar kameez is a traditional Pakistani outfit consisting of loose pants (shalwar) and a long shirt (kameez). I took how Haq addressed Whitman as "Grandpa Walt" and I addressed Whitman as "Dada Walt" in my poem (Khan 1). "Dada" means paternal grandfather in Urdu, one of the main languages of Pakistan.

What I took from Whitman for my poem "Dada Walt” were improvisations or responses to some of his famous poetic lines. I responded to his line, "If you want me again look for me under your boot-soles." (Song of Myself 52, 12), with my first stanza, "I look for you/under my boot-soles/as you told me to." (Khan 2-4). I also took from Whitman, "I celebrate myself, and sing myself" (Song of Myself 1,1), and I wrote:

Is it here
where I should
celebrate myself?
Sing myself to
the cedar scented wind  (Khan 14-18)

My line "I, now twenty seven/ years old" (Khan 31-32) is a riff off of Whitman's line, "I, now thirty-seven years old" (Song of Myself 1, 10). Furthermore, I took the title and first line of his poem "I Sing the Body Electric" (Whitman 1) and used it in my poem,  "My love sings /the body electric" (Khan 35-36), which is followed by lines that illustrate the scene at a Black Lives Matter protest.

For my collage, I wanted to visually show what it would look like if Whitman took me up on my offer to wear a shalwar kameez from my poem while also bringing together both our cultures. The focal point of my collage is a drawing of Walt Whitman in shalwar kameez, the image of which I invoked in my poem "Dada Walt'' (Khan) and the inspiration of the image came from Haq's "Ode on the Lungi," while Whitman's bodily pose in the sketch came from the image of Walt Whitman by Samuel Hollyer, engraving of a daguerreotype by Gabriel Harrison (Hollyer and Harrison). I also wanted to include aspects of both of the natural landscapes Whitman and I both grew up in, though at different times. In early November of 2021, I visited Whitman's hometown of New York City, where I collected yellow honey locust leaves. I used those leaves in the collage to frame his figure. The collage also features oleander, a flowering plant native to South Asia. One illustration of it (Hochenleitter and Kompagnie 87) is seen behind the transparent figure of Whitman. The checkered background of the collage is made of decorative paper interwoven with a page about the oleander flower from a vintage flower book (Hibberd and Hulme 119). The ribbon running along the bottom of the collage was from one of my mother's old shalwar kameez outfits which I chose to include because my mother is the person who has shared the most with me about our Pakistani culture. Finally, the words seen on the tags are from the last stanza of "Dada Walt'' (Khan 75-78).

Whitman has famously said: "Do I contradict myself?/Very well then I contradict myself,/(I am large, I contain multitudes.)" (“Song of Myself” 51, 9). One challenge I faced was addressing one of these contradictions which was the fact that while Whitman was clearly against slavery in his poetry, his political prose showed a different stance, as he was often a slavery apologist, criticized the zeal of abolitionists and, at times, only seemed to care about slavery as a threat to white laborers ​​(Peeples). I tried to address this contradiction in my poem:

how you loved
everyone of every
color, creed, and
composition,

I wanted that line to open up a dialogue with Whitman by challenging him about this hypocrisy and I also wanted to let the reader know that there was a more complex side to Whitman than what is most well known about him. Some may argue that his view on slavery as seen in his political prose was due to the time period he lived in, but two of his notable contemporaries, Henry David Thoreau and Ralph Waldo Emerson, were writers who did not waver on the issue of slavery (Peeples 30). It’s important to examine Whitman’s complexities in order to better understand his identity and the full effect of his work. Ultimately, it is up to the reader to decide what to do with the gap between his poetry and political prose.

Overall, I deeply enjoyed being able to bring together Walt Whitman, Kaiser Haq, and myself in my poem "Dada Walt" and my collage. What Walt Whitman means to me is how poetry is beyond the written words on a page. He has shown me how a poem is a place where not only can you celebrate yourself but contradict yourself and explore those contradictions; how poetry allows you to reach across space and time, to call the reader to the action of liberating others and in turn liberate themselves. I now know that poetry opens a portal where it's possible to hold a conversation with the reader as if they are with the author in that exact moment, making every poet a magician and poesis the birth of that magic itself.