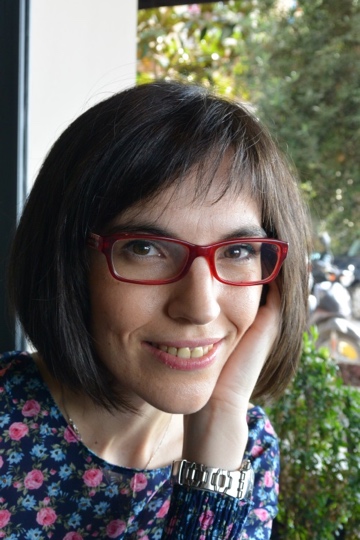 Musing on Muses:
Blurring the Boundaries Between Translation and Original Creation

Josephine Balmer, a poet, literary translator and classicist, opens the ‘Preface’ to Chasing Catullus (2004) with three questions: “What is the relationship between translation and poetry? What makes a translation faithful? What makes a poem original?” Balmer addresses and tackles questions that concern all translation scholars and practitioners alike and prompts us to ponder the ways translation and creative writing interact with and are dependent on each other. The two practices are intertwined,1 shaped by and shaping the subject who interacts with the text(s).2 Over the last two decades, translation scholars have drawn our attention to the “creative” turn in translation studies (Loffredo and Perteghella 2006; Nikolaou 2006; 2008; Bassnett 2016), noting that both translating and writing are transformative acts through which one’s world and reality is shared with other people. In a similar vein, Rob Pope has underscored that “translation always involves transformation as well as transference” (43), which has led Cecilia Rossi to claim that we are “invite[d] to consider the target text as a transformed text, one which has undergone the reading and (re)writing process led by the literary translator” (386).

Translation is primarily an act of reading, and every reading entails another reading as well as all implied dialogues in which the subject engages with the text before their voice merges with creativity3 and imagination and finds the space to be heard. Much like the reading process, translation is also an open-ended process resulting in a multitude of versions as every translator reads the source-text differently. If reading is “the process of activating the text,” Clive Scott insightfully claims, the TT is “a way of re-activating the text” (184). Taking as a premise that creativity lies at the core of literary translation (Boase-Beier 53) and inspired by the “creative” turn in translation studies participants in the project entitled “H.D. and Sappho Revisited: Poiesis in Motion” were invited to explore the relationship(s) between Sappho and H.D., to examine Sappho’s multifaceted and significant impact on H.D. and her work, and to think what Sappho means to them. As Gentzler stresses, “translation needs to be performed in a fashion that makes visible the out-of-sight space between the source and target texts” (201). Following Gentzler, participants have been urged to “allow that fertile, hybrid, in-between space to surface” (202) and help us apprehend through their work what Cecilia Rossi puts as “the nature of the disciplinary borrowings between literary translation and creative writing” (“Translation as a Creative Force” 44).

Participants in this project have become performers of their own voices. They have acted as translators, writers and artists, and the conflation of their voices (including the voices of Sappho and H.D.) has led to the emergence of new meanings that are constantly (re)negotiated. Through translation, they have been able to find new voices and “say the unsayable” (Balmer 2004). Their work, challenging and inviting, is transcendental. The participants’ approach to translation resembles that of the Imagists who practised translation as a creative act in its own right. That is, the source text has been a point of departure to unlock their imagination. They have used the “virtual space” (Scott 35) offered to set off for a journey full of possibilities and transformations. The participants’ work echoes Sapphic fragments and H.D.’s poetic work and, at the same time, it reflects what classical translation and (re)creation/(re)writing has to offer today and how important it is to explore transtextuality, or textual transcendence as Gérard Genette defines it, referring to “all that sets the text in a relationship, whether obvious or concealed, with other texts” (1).

Moving away from the romantic ideas of “originality” and “creation from nothing,” the projects produced prove that translation and creative writing are in a symbiotic, interdependent relationship. Through their personal and intimate dialogue with Sappho and H.D., the participants ask us to explore further the new spaces created by their work and to create new meanings. All the powerful tension between reading, translation and (re)creation has been transmuted into multivocal, multimodal and intermedial works (transgressing the boundaries of genres – poetry, drama, music, painting, film making, photography, and blog, are all interwoven in a web of interdependencies) that challenge us to re-examine, re-configure and re-conceptualize the past and the future, and call us to delve into and (re)construct the self in the present.

1 According to Octavio Paz, “[t]ranslation and creation are twin processes” (160).

2 I employ the term text as defined by Halliday, that is, ‘any instance of living language that is playing some part in a context of situation [that] may be either spoken or written, or indeed in any other medium of expression” (10).