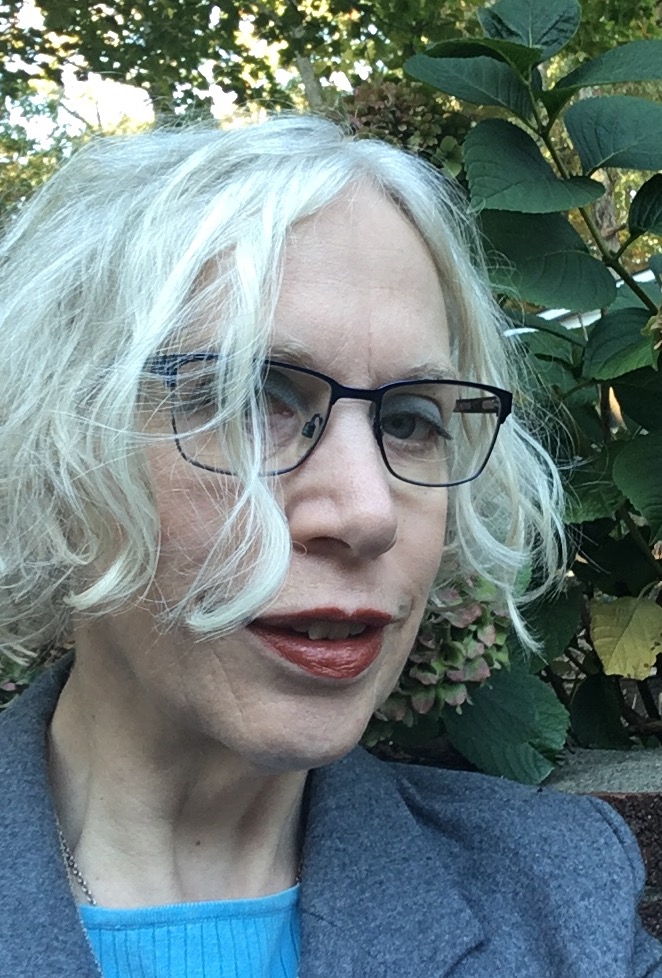 The greatest way to live with honor in this world is

always dress for the blues dress blues and tennis shoes and a
trunk packed with mementoes not half understood by the girl
child who paged old issues of Leatherneck and fingered the
red stripes and gold eagles and some spore of honor or such
breathed in not meant, not meant at all but necessary if she
was to carry the dignities of first born and only (for a while)
and daddy's girl sorting nails chopping weeds and shaking hands
with cold hard work to be done life long

so you must walk three miles to return six Lincoln cents and
go back to the cashier and stand in line for her put-upon face
the red worn off her downturned mouth to say ma'am you
gave me too much change ma'am and always catch the teacher's
eye doing it right am I doing it right and that would be the
same refrain in sweaty sheets many years later, give it your all
give it your best give it and still the sidelong glance to ask
has this be seen has this been caught

The purpose of life is not to be happy. It is

to know every name of every part of the sailboat from
gudgeon to headstay and the capitals of the states in their
polychrome glory, the Latin names for trees the characters of
Shakespeare the agricultural exports of Costa Rica, why the
sea is salt, and the flight path of the Arctic tern

Better keep yourself clean and bright; you are the window through which
I am watching Charleston WV 1932 a movie made by people
button-busting proud of their bridges their baby parades their
new telephone building and as the film truck rolls through the
downtown there on the left is the Hotel Worthy and I realize
I've been trying to check in for years but not enough hours in the
day the sun marching across the sky soundless its billions of
bright feet its silent army bound for the routine conflagration.

Sometimes he almost
knows: His diaphragm
sore from breathing too deeply,

thighs trembling after that visitor
from other space, remote
except when his body

bucks impossibly to meet
the infinitely desirable,
deep eyes from beyond

blind light. He moves
through the house, touching
tender spots along his ribs,

his probed body and sectioned heart.
In the kitchen, he eats
cold spaghetti while standing at the fridge,

then draws water, letting it run
as he strokes the satisfying chrome
of the faucet. His wife is on the phone:

He stands at the door,
watching as her chubby hands
gesture, fall flat to the couch.

She takes up her knitting,
her face blue in the light of the TV.
She wants nothing

else, nothing but this:
A whisper from the black leech
riding her brain stem.

HE WHOM YOU LOVE

What else could Jesus do, with Mary and Martha,
Martha and Mary, standing outside the door and pounding
pounding pounding, come back and live with us.
You emerge at last, dragging your nerveless feet in the door.

Mary and Martha drive a wedge under that door, pounding.
Each time a bit less of you comes back, your eyes unfocused,
hands trembling, your nerveless feet dragging in the dust.
They can't help it, both full of life, brimming with piss and vinegar,

unable to see that a bit less of you has come back, your unfocused
eyes asquint at the grinding sun-break they greet with shouting
They can't help it, both brimming with piss and vinegar,
while you’d loll in the bed, if only they would let you.

At the grinding-stone of sun-break they greet with shouting
Mary begins to talk of politics and the ways of foreign people
While you’d lull in the grave, if only they would let you.
Martha wants to knead you back into shape like a loaf of bread,

while Mary wants to talk about politics and distant people
and the way the Great Sea extends until it merges with the sky
Martha wants to knead you like punched-down bread
dough that’s rising once more, roll you in her floury arms.

You swim away to where the Great Sea merges with the sky
But they pull you back, tumbling you through the shells and weed
like dough that’s rising one more time, rolling you in floury arms,
the two of them throwing you onto the beach in the sun.

They pull you back, tumbling you through the shells and weed
You bloat and shrink at the same time, you exhale worm-ends
as their undertow now throws you onto the beach in the sun.
Each time a little less of you comes back from the depths.

You bloat and shrink at the same time, you exhale worm-ends,
you spill another spoonful of blood into the grave.
Each time a little less of you staggers back from the depths,
but, Mary and Martha, Martha and Mary, pounding at the door.

Summer: Long days athwart the wooden arms
of the grammar school year—lightning
coiled in the westerly clouds,
smell of corn swashing towards tassel.
I was stretching out, then, too,
scraggly as a rose-of-sharon before
the flowers unfurl, common as those million
gray broken stones in the tar road.
In the five-acre field I lay down
with Grandmother’s carry-to-meeting Bible,
lining my way through John’s gospel
‘til a swallowtail fluttered past and
I followed, turning, turning, leaving
no crumb of path through the standing hay
to wind me back to where the Book
must be.
Oh God
let me find it let me find it,
the sun of no sliding down
toward the hills and shadows
boiling out of thunderheads
black-eyed susans a crazy pattern
daisies amidst the grass that  grows
to burn in the bellies of the neighbors’
cows to make milk and meat
lilies chewed in the furnace
and the Bible a pearl
a silver coin a sheep a lost
child in that green waving
until my hands tingled
with answered prayer.

My father and I
each became single
in the same year.

He is bereft,
robbed of his happiness,
a widower, or widowman.

His life has come undone,
and he is adrift
among the wreckage.

The only words worthy
of his loss are Anglo-Saxon
uncensored howls.

*
But I am separated
on the way to divorce,

but with some care
the yolk rests aloft,

while the white goes
cool and sliding into the bowl.
*
In plain words,
it's all butchery,

whatever the parting:
disjointed, sundered, severed.
*
A separation is also,
however, embarkation.

We stand at the rail,
each waving a white handkerchief
at the sinking shore.

Father Showed Us the Aurora Borealis

On lawn chairs sunk
to the webbed seats in snow,
we sat bundled in blankets,
faces tilted to the unrolling scroll:
Colors of a hummingbird gorget,
parrot fish, shallow seas,
mandevilla, bougainvillea,
flametree,
tropicalities weaving
in the airless
ineffable between
earth and moon,
glories we couldn’t
yet compass,
our eyes since birth
whetted against sun
on snow, a palette
of twig and bone,
knowing only north.

In the Middle of Things

We are fighting as we turn into the parking lot with a view of the lake, the lake going down to red clay with the August heat, the lake turning its back on the green shore against which it has happily spooned for months.

An eagle is lifting away from the backwater behind the marina, white tail flaring and white head, like paper flung from a window, like anything that makes our eyes cut, showing whites.

We are fighting about the usual, those things we fight about, and the eagle is carrying something long and limp, a snake or a water-soaked stick to add to the residence, beating black wings to gain altitude.

And if we were not fighting, I might have said, see, the eagle, and if you were not staring out the opposite window, you would have noticed.

My grandmother comes around the corner
of the Dordogne farmhouse, flapping her apron
after the dogs barking vaf vaf vaf at a fox
among the chickens. Instead, she finds
this intruder who has emerged
from the hayfield under the strong sun.
Bonjour … a suspicious ghost, she looks past me
for the army lurking in the forest
that has sent forth this emissary,
sweating and leaning on a peeled stick.
Vous êtes toute seule?

I find some words—Oui, je suis toute seule—
but how do I say, comme on dit,
Don’t you recognize me?
Why don’t you shuffle forward
and embrace me as before?
She has the same chin whiskers, wispy white hair,
slumped roundness bound with Grandmother’s
flowered apron. I know the bird-handled scissors
down in that pocket, and scraps of herbs.
Her dogs are barking lower now, jappe jappe.
They are slow and yellow,
their tongues hang out because it is
too hot, too hot
and I am toute seule
without guide or explanation.

“J’ai marché dans les Gorges d’Enfer,”
but dans is not correct. Not in.
Through, along. But I cannot find the word
“J’habite à Les Eyzies de Tayac.”
No. ‘’Je reste à Les Eyzies,’’
which is not so far away, maybe no more than a few
kilometers and an eon or two. I try again,
“Je suive le chemin en la forêt,”
through abandoned hamlets
alike in gray stone and red tile,
but no one to properly appreciate them
or the abandoned bread ovens, or the plateau
with the wheel ruts cat inches deep in the limestone—
that was a road then,
but now, deep in the sighing forest,
signs on the trees pine for repeuplement,
the return of the lost or those who have
found themselves in cities,
to fill the vacant farms
and breed children and chicken.

Ou se trouve le village de Saint Cirq,
là-haut? Ou là-bas?
Là-haut, and she lifts her hand
toward a nearby hilltop that would not
seem to hide even a small village.
Est-ce q’un bistrot—y’a-til—dans le village?
Mais oui! She stretches herself to full height,
a foot shorter than this American.
Mais oui, what town would not have a bistro?

But Saint Cirq, where the Sorcerer climbs
the ceiling of his cave like Orion,
would be, in fact, là-bas, down the winding
road and past a leaning stone cross,
and it had no café, not even a ram-headed
village fountain from which I might drink
to bring my heart back from the Gorges of Hell
and my grandmother’s ghost
without a glimmer of recognition
shooing me off with her apron:
You do not belong here, she might have said
if she had possessed all her wits
and I could have followed the words,
your feet are too heavy on this ground.
Instead she disappeared to some hidden perch,
and her dogs, which were just farmhouse dogs,
went muttering waouh, waouh
back to the shade.

The Fourth of July and I can’t utter a word:
Can’t call the doctor.
Can’t call in to the radio call-in show.
Where’s that freedom of speech now?

The tongue, so willing,
Has been tasked with a beggar’s trick:
Ask, ask, ask.
Before the hyoid bone clicked
Into place in the pre-sapient throat,
Rarefying howl and grunt,
food, drink, sex needed no discussion.
Now we must ask.

I declare freedom from speech,
my lips pure as the curve of Lady Liberty’s.
Mute, I’ll wear no sign,
carry a bell without a clapper,

open my mouth for food, drink, sec,
whatever waits on fork or glass
or lover’s tongue or the unmediated air,
mouth clean as a hound’s.