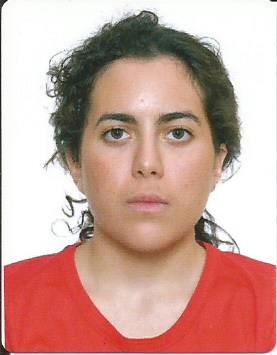 National and Kapodistrian University of Athens
Faculty of English Language and Literature
M.A. The Greek Element in Anglophone Literature

Born around 620 B.C. to an aristocratic family on the island of Lesbos, Sappho is one of the Greek poets by whose oeuvre H.D. was deeply influenced. The “first love-possessed lyricist,” as Eileen Gregory describes her, and the closest female equivalent to Homer, Sappho served not only as a source of inexhaustible inspiration, but also as a figure of “authority” for H.D.’s own “marginal explorations” and her “sustained spiritualized eroticism” (529). Although many women poets persistently avoided Sappho’s “feminine” lyricism (Gubar 59), H.D. was one of the few modernists to unearth and identify the powerful lyricism of Sappho’s fragmented and incomplete, but valuable work. The influence the Sapphic inheritance exerted upon the life and work of H.D. is to be found in much of the latter one’s work; however, in lack of space I will attempt to read only two of H.D.’s poems closely and in comparison to a couple of Sapphic fragments.
Of all the impacts Sappho had on H.D., the one considering poetry as the pinnacle of artistic creation is, perhaps, the most significant, as well as the most easily discernible in H.D.’s work. H.D. always “imagined herself as Poetess,” a noun characteristic of and archetypically employed to define Sappho herself, while she persistently sought to recover what Gregory refers to as “‘the Spectre,/the rod of power’ of the poet-godess,” proposing a “hieratic role for the poet, and affirming the healing power of poetry” (528). A more tangible example in support of this argument is to be found in the first part of H.D.’s Trilogy, entitled The Walls Do Not Fall. In the tenth poem of the collection we read:

But we fight for life,
we fight, they say, for breath,

so what good are your scribblings?
this—we take them with us

the indicated flute or lyre-notes
on papyrus or parchment

are magic, indelibly stamped
on the atmosphere somewhere,

forever; remember, O Sword,
you are the younger brother, the latter-born,

your Triumph, however exultant,
must one day be over,

in the beginning
was the Word.

In this poem H.D. emphasizes the poetic struggle “for life,” that is, the struggle against “the sword,” a symbol invested with a connotative surplus in this case, for it stands not simply for war and violence, but for absolute and incommensurable human loss. Even, however, within the destructive framework of war, H.D. insists on the significance of word and poetry, for these are the only tools humanity has to “rage against the dying of the light,” as Dylan Thomas would have it, namely against the annihilation and elimination, the eradication not only of human life and existence but of the traces of this existence as well. “In the beginning was the Word,” writes H.D. at the end of her poem, “the Word,” capitalized and accompanied by the definite article which emphasizes both the significance and the singularity of “the Word” as logos, creativity, intellectuality and erudition, as writing which functions not as a “scribbling” but as an indelible mark, a bearer of traces and a trace in itself reaching out to what lies “beyond death.” In the eleventh poem of the first part of her Trilogy immediately after the one mentioned above, H.D. writes:

Without thought, invention,
you would not have been, O Sword,

without idea and the Word’s mediation,
you would have remained

unmanifest in the dim dimension
where thought dwells,

and beyond thought and idea,
their begetter,

Here H.D. continues her praise of poetry by insisting that “without thought” and “invention” “Sword” and all of its connotations would not have made it to the field of the possible in the first place. It is language and its creative uses which allow human beings to ponder on and develop dense concepts in their full complexity and convolution. Venturing to build—through language—new grammars and vocabularies to articulate the impossible and non-existent, human beings have produced themselves the contradictory notions of war and peace, and all the binary oppositions inextricably intertwined with—either originating from or leading to—these ideas. War and violence, hence, become possible through their manifestation in language, through their presence in the enunciative field of discourse. It makes only sense that poets and artists have to use the origin of trouble—language—to put an end to, deconstruct and dismantle the dangerous possibilities it opens up.

In these poems, however, H.D. does not only praise and privilege poetry and Word over the demeaning and shameful acts of aggression, bur rather strengthens her claim to the title of ‘Poetess’ as well. By raising the status and significance of poetry, H.D. subtly implies that it is poets who are most likely to preserve and pass on the most laudable, deserving, and worthwhile aspects of human inheritance. Along with bearing witness to the horrors of war, poets strive to hold on to the humanity that perseveres, that remains and endures in spite of the occasional dehumanizing calls to violence and hostility. This perception of poetry, I believe, is to be traced back to Sappho, who in her fragments writes: “The Muses granted me honor by the gift of their works” (Sappho 44). It is an honor, therefore, for the Poetess to be granted with the gift of poetic inspiration, for as Sappho writes in another poem to “The One Who Loved Not Poetry”:

Thou liest dead, and there will be no memory left behind
Of thee or thine in all the earth, for never didst thou bind
The roses of Pierian streams upon thy brow; thy doom
Is now to flit with unknown ghosts in cold and nameless gloom.

Sappho relates in this poem the poetic attempt to create sequences of words that remain and endure in time with memory, a perception of literature surprisingly modern. The one who does not love, and hence has no access to the world of literary and poetic creation is doomed to “flit with unknown ghosts in cold and nameless gloom.” The absence of Word, therefore, equals anonymity, namelessness and ruination, since the one who does not love poetry will “flit” for eternity “with ghosts” and shapeless apparitions. The poet for Sappho is the one who ventures into immortality, for his/her words, composed of only breath as they may be, endure. It is Word, as H.D. refers to poetry, that is invested with the capacity to cross all borders, be they temporally or geographically defined.

The Sapphic impact, however, on H.D.’s work extends far beyond the connections attempted and discussed here. H.D.’s profound interest in Greek dramaturgy and poetry, as well as her love for Greece, indicate a much deeper influence exerted by Sappho on H.D.’s modernist poetic imagination. From their insistence to establish themselves as female poets whose work is equivalent to and worth reading alongside that of men to their struggle to democratize and open up the art of the Word to new possibilities, both Sappho and H.D. have left their traces on the map of world literature, traces which deserve to be further explored in greater detail.