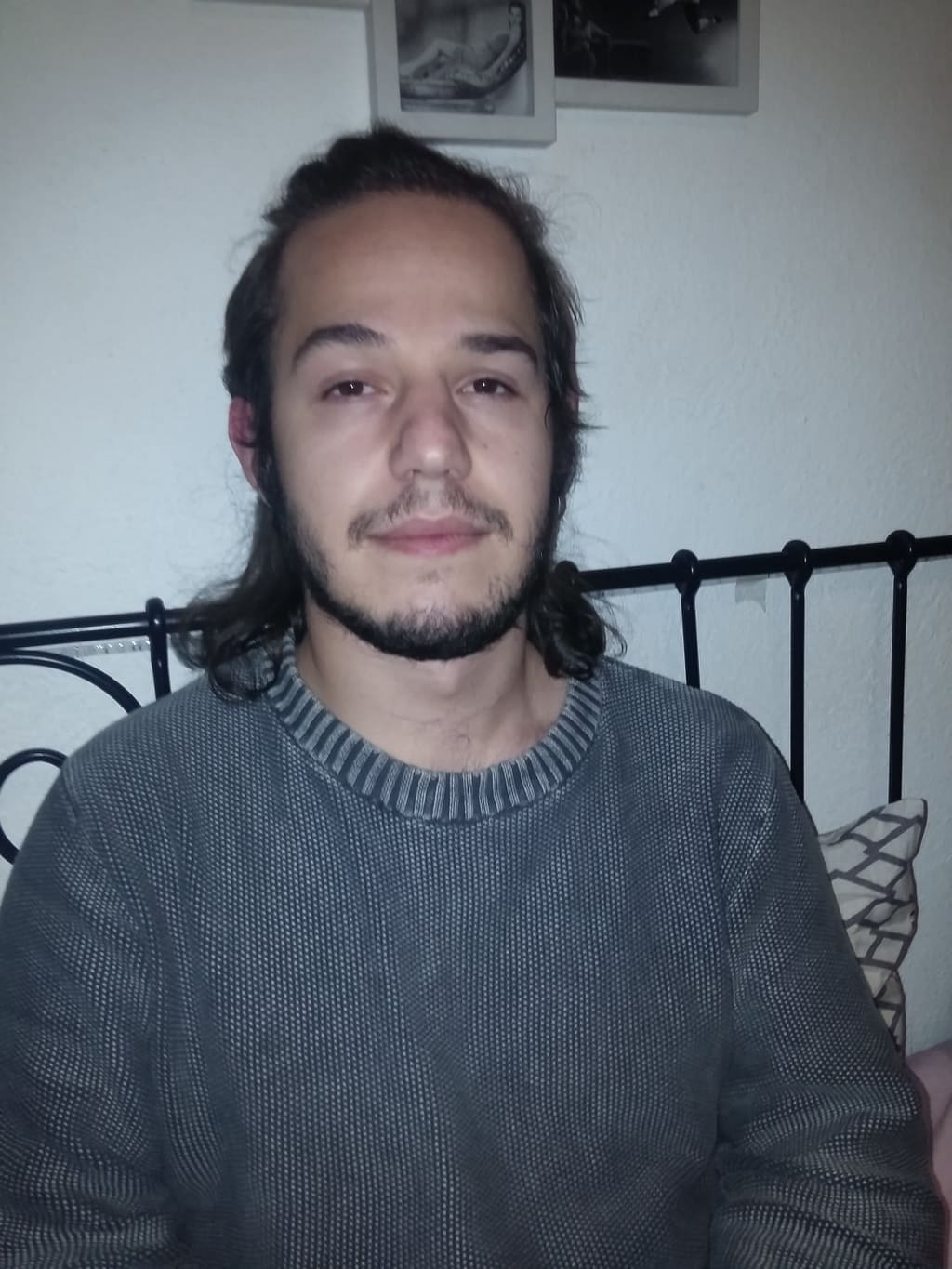 Sappho and H.D. in the Age of Postmodernism: Understanding Sappho through the Japanese Nuberu Bagu

Ρόδινη αλουργίδα [Rodini Alourgida] is an amalgam, a composition resulting from the pastiche of four distinct works of art, scattered throughout time and place, interpretations of Sappho’s fragments 31, 55 and 107, parts of my direct translation of H.D.’s Sheltered Garden, Toshio Matsumoto’s Funeral Parade Of Roses and Toru Takemitsu’s main musical theme in Hiroshi Teshigahara’s Face Of Another. Ρόδινη Αλουργίδα attempts to subvert traditional patriarchal discourse and draws parallels between the status of women in antiquity, in H.D.’s era and in the protagonist’s subversive narrative. It is intended to be read along with a created instrumental musical score which is an aural performance of the poem and provides a more complete experience alluding to the musical qualities characterizing Sappho’s works.

The poem is heavily inspired by Sappho’s form and themes, particularly the fragmentation of her works which leads to the creation of cryptic images, while leaving a lot to the imagination of the reader. It also invites him/her to fill in the fragment gaps in the narrative according to his/her own perception. As a result, the works stays open to interpretation, while being prone to retrospective analysis which leads to the reestablishment of the appreciation of her writings. The very personal and sentimental character of her works is reproduced through this poem, particularly in the choice of the themes permeating it, as love, passion, loss, and betrayal are staples in Sappho’s writing.

H.D. is channeled in a different way, mainly through the style she employs during her Imagist years. Her precise choice of words preferred over flamboyance and excessive use of language, her directness of presentation, her economy of words and her capacity of isolating images are huge inspirations for Ρόδινη Αλουργίδα and traces of them can be found throughout the poem. The underlying theme of “Sheltered Garden,” her relationship with her father, is of the utmost importance for understanding the subtler thematic elements of Ρόδινη Αλουργίδα.

The Japanese influences serve as footings for the poem, providing its narrative backbone and its characters as well as serving as an inspiration for the musical pieces. They act as vessels for Sappho’s work, as retrospective reflections of Sappho’s fragments; mainly Matsumoto’s New Wave masterpiece provides an outlet for contemporary marginalised voices and discourse with particular attention paid to the 60s Japanese gay subculture. Various scenes are taken from the movie, in an effort to provide a sense of fragmented continuity, an underlying unifying narrative. The Godard-like editing1 of the movie aided that process substantially, while providing at the same time a general sense of disorientation and mystery.

The form of the poem resembles that of a palimpsest. It consists of eleven separate fragments, two of them being direct translations of “Sheltered Garden” in Greek and three of them being interpretations of Sappho’s fragments 31, 55, 107; some of them are further fragmented and the rest of the fragments are scenes dispersed throughout a film in an attempt through a montage effect to provide a seamless transition from one fragment to the other. The music precedes the written part and indicates the template of the poem, the orchestral elements being indicative of polyphony, emulating the choral effects evident when reading Sappho’s fragments.

Ρόδινη Αλουργίδα constitutes an effort to create a cohesive poem deriving from an assemblage of varying texts, mediums and forms while combining various translation techniques (direct translation and interpretation). Its juxtaposition of different elements is apparent in its theme and form as well as in the different texts that compose it when broken down. The ambition behind this creation has been the approach it offers for interpreting Sappho in the age of postmodernism through the prism of the Japanese New Wave, while examining her work in a different context, in a different time and space.

1The French New Wave filmmaker Jean-Luc Godard made prominent use of jump cut techniques during the editing process of his films, disrupting the sequence of their narratives, subverting their linearity and drawing attention to the constructed nature of the film