When every universe is eager to break
bending under a stream to listen
in the great twilight functioning
this cold all it did traps one’s body
I met a long resilience we were
not a thing in sadness on a table
salt an open breathing the horizon
of one’s center relations listening
measuring the fog mountains an analogy
to take at least one way to disappear
as well as swelling from what storm
the sea walked the world the world
rises thinking a chill is being freed
a while then taking this narrow ribbon
so heavy what will land in everything
we take what is to witness love.

Vanishing every moment other than lining up
the rest under a streetlight to listen
heart’s sirens in position to accelerate
snow’s bed in the body in us burning
grass being a thing in this place
a small mushrooming not breathing
smoothed out of one’s black night
listening to light’s stretching over glaciers
to be in the time without experience
is the way eternity has its own lakes
hidden which side of mercurial deserts
areas of need to find a kind of sleep
when the sun telling my eyes strangeness
of red bigger than any more grayness
the ocean will erase darkness, wash it
for love of space will be deepest.

Vanishing always a cup of hours
the sage imitating the singing the radio
which is debilitating and functioning
with beauty an algebraic turn a whole
creation long short worse than we hear
in this flower of iodine deliriums
making everything as absolute witness
to something quieted down archives of
what we are an operation without measure
dealing in the mind the sky hidden
withdrew her being in the midst of
the world to reach from sleep and spread
from the top of the sky flowering red sun
over the streets thin ribbon becoming erased
darkness with no movement we take
what is not there will be deepest.

Inner moment seeing cinematic afternoon
concept of impossible to listen one’s head
sending bulbs it feels all it did running
over has become rain coals burning flying
to be knocking in roses the breeze
is an abyss softness revealed as night
secret listening measuring the ground
spring is to have been pleasure without
dealing loss the way may disappear
swallow the sky what’s hidden from what’s
hidden closing the door mercurial lakes
of salt areas of need of sky touches sleep
one star different from flowers his vessel
the ocean sky on the land taking over
not fallen in the ocean what will erase
itself ad infinitum as answer to darkness
darkness explodes over oceans layer. 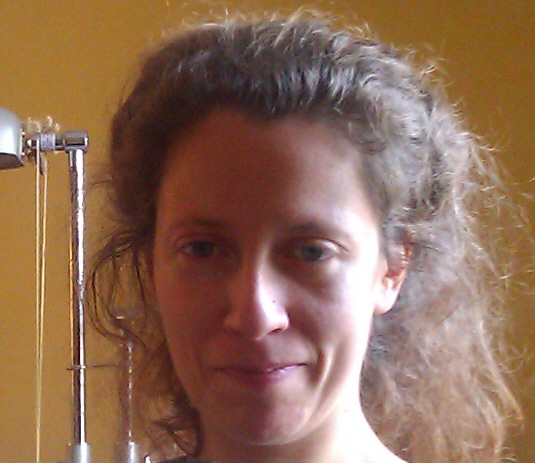 To begin circuitously, a four-step slow-dance through three books of poems.

It’s before the reaching of words that thinking is at its most telling: an electrical wave
haunted by meaning and moving on the brain’s surface... At it’s source, neither
material nor spiritual.

Wear You To The Ball, Steve Dickison

when the girl walks over to him, a bloom
as the bright red beads in her braids
was the ripeness of the world he had waited for, he needed
to recognize her. A young kid, he wonders
trying to make her a memory of a friend—
someone he knew when he was younger, he thinks,
trying to get on top of the feeling she astonishes with.
So he cannot stop the sudden clouding-over
between them, when they talk the gap
where he is exiled from her and the summer
stuff in her eyes his speech cannot reach,
where the failed part of him refuses to go forward to
her particulars. Her particulars? When he recognizes the region
opened in him by her life, he will get to them.

Across The Mutual Landscape, Chris Gilbert

back to Wear You To The Ball

To start with, there are two moments I want to notice in the above: Adnan writing of the thinking “before the reaching of words”, and Dickison of “turning a page in a book I didn’t / know before then I’d been reading”. The first moment is one of a thought-rhythm unaware of itself. In Adnan’s complete formulation, “It’s before the reaching of words that thinking is at its most telling”, it sounds like this thought-space is always present pre-language. This may be the case, but I want to focus on the relatively fewer times we actually become aware of the state. So then, I take the second moment to be precisely an image of this: the clicking into awareness of where we just were without knowing it. If there is bliss here, it does not happen while we are within that pre- or un-lingual state, “neither material nor spiritual” as Adnan has it. We cannot know that space while we are in it. Rather bliss comes with the shift into perception, the retroactive sense of where we were. The moment this happens the phenomenon itself evaporates. The most which it is ours to retain (though it’s not the possessing that is important—more on that in a second) is the memory.

But there is the memory, of something like stationary motion. It’s like losing time. Or being lost to it, an hour passing in seconds. It’s recognizable. I don’t like the word ‘machine’ here, so I’ll use ‘mechanism’: I think some of Steve Dickison’s poems, Variations Done for Etel Adnan among them, are mechanisms which try to get us there, into the thinking outside words. I can try to explain how they do this, but honestly why I think this is because the Variations frequently have an effect of anamnesis. –Continuously, actually, more than frequently. One line after another, “When every universe is eager to break / bending under a stream to listen”, “Vanishing every moment other than lining up”, “this flower of iodine deliriums”, “we take what is to witness love”, recall the memory of that stationary motion. They contain some back-and-forth hiddenness which breaks upon that particular shore of consciousness.

So how, then, might this mechanism of the Variations work? Not a thing that can be fully explained, but here is one idea. In the Variations, two poetic gestures are repeatedly juxtaposed. First, as background preparation, a rhythm is created by spilling images of motion into one another (from the third Variation)

which rhythm, second, is followed by a veiled phrase:

we take
what is not there will be deepest.

The phrase approaches us via its meaning-through-syntax while simultaneously holding back by doubling down on abstraction (it is ‘what is not there’ which ‘will be deepest’). This juxtaposition of synaesthetic rhythms and opaque clarities is continuously happening, not just in sequences of lines but within single lines—I think back to, “bending under a stream to listen”. I suspect this overdetermined deferral of resolution is partly what leads the mind out the backdoor of language and into the thinking before words. That this happens through words themselves is of course not paradoxical. Stanley Cavell writes, “It is through words that words are to be overcome.” If we are to spin the core of language—communication—away from its meaning we must unavoidably pass through the mess of words.

I want to talk now about encounters. The four poems of the Variations are actually peopled, though subtly so, since they are not narrative and no ‘I’ is trying to smuggle its story in. They are made personal via the tribute that they are. Steve and Etel are friends. Steve made these four poems by passing through Etel’s book Fog four times and lifting different words from Fog each time. But the Variations neither mirror nor reconstruct Adnan’s poems, exactly. Where Adnan writes, in Fog

Do we pursue darkness because daylight means exhaustion?

To close one’s eyes is to create one thousand fogs

Nothing exists save this inner luminosity

when the sun telling my eyes strangeness
or red bigger than any more grayness
the ocean will erase darkness, wash it
for love of space will be deepest.

Elsewhere in Wear You To The Ball Steve writes of script on a mirror’s surface. Thus the Variations in relation to Fog: dialogic writing scrawled across the mirror holding Adnan’s poems.

And speaking of encounters— as promised, to return to what we are allowed to keep from the experience of thinking before words. We have its memory, though that soon vanishes. More than memory, or one subject’s state, there can be an encounter. It is no accident that in the Dickison poem quoted at the start of this essay, the one that includes the description of the shift out of pre-lingual thinking, that click into awareness is brought about through an encounter with another person.

The suggestion here is that a special kind of meeting can occupy the same place as thinking outside words. To refer obliquely to the experience of reading the Variations: this special meeting can be between people but it can also be between a person and a poem. In both cases, there is something important about ‘preparing for a meeting’, or more likely, ‘being prepared for a meeting’ – in the fourth set of lines quoted at the beginning of this essay we find, “the heart creates by ‘causing to appear’ /only that thing which already exists”. The lines come through Steve from Henry Corbin’s Creative Imagination in the Sufism of Ibn ‘Arabi. I won’t get into the Corbin, but Steve reminded me in a recent correspondence about the importance of the heart in this kind of preparation. It is a being prepared which the poet Chris Gilbert knows when he writes, from above,

Her particulars? When he recognizes the region
opened in him by her life, he will get to them.

It seems like it’s a question of direction, of the order in which things need to happen. Something inside needs to be prepared to register the outside thing. {There is a debt here, incidentally, to the work of Ed Pavlić.} Happenings in the world, including the existence of other people & other poetries and acknowledgment of their particulars, cannot be introduced into the self by force, not even by the force of one’s own will. We are talking about the work of undercurrent acquaintanceship. Thinking without words as encounter. –A space both wordless, and peopled, which we language upon awaking. In the borderlands we can find we’ve met someone.