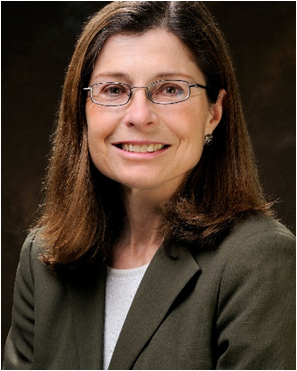 I find Walt Whitman’s work challenging, particularly in its spiritual aspects. His sense of unity with mankind and the world in some ways seems zen-like but his verbal expansiveness is muscular and energetic and uncontained. To better understand his work my first response was to consider his point of view in a close and personal case, and then apply it more broadly. My personal case was to consider Whitman vis-à-vis my parents.

The prelude-- A memoir to my parents:

For me, reading Whitman is to be bowled over, stunned by a strong wave of words. The sheer power of his encompassing view is almost unfathomable, spiritual but not in a quiet way, another “strange and hard” paradox (360). In trying to understand, or at least deal with, the largeness of his inclusiveness I find myself pushing back and desiring only a bit, a tasting portion. Would I understand him better if I looked at Whitman through the lens of two people very close to me, my mother and my father? “For every atom belonging to me” unequivocally belongs to them—so possibly it could help me understand him better. Whitman also said: “In folks nearest to you finding the sweetest, strongest, lovingest,/Happiness, knowledge, not in another place but this place” (362).

Let me start by saying a little about my parents. My father was born in 1927, my mother in 1929, both growing up in frugal and religious families (my mother’s being more impoverished and more religious). My Dad attended college on the GI bill, becoming an electrical engineer. My mother worked as a secretary at the university he attended, and after they married she became a fulltime housewife as she and my father had six children. In many ways, we were a typical family of the 1960s and early 1970s, but as a child I always felt we were a quirky family with a nerdish father and overwhelmed mother. Somewhere around 1974 my mother was diagnosed with multiple sclerosis and rather quickly lost use of her legs and then her arms.  My mother’s struggle became one to find dignity in life as someone needing acute care, and she slowly cultivated a deep sense of dignity through facing each day, never giving up and always seeing the value of God and life. My father’s struggle, met with the strongest sense of duty I’ve seen in anyone, was to manage her care, which he did admirably. My father passed away in 1998 at the age of 70. My mother passed away ten years later to the day at the age of 79.

When I think about my father I feel love. With my mother my foremost feeling is respect.  If Walt Whitman were to meet them, I think he would absolutely love my mother and respect my father. He would love my mother for the way she would strike up a conversation with strangers, for her insistence on playing card games with the family throughout her life even though someone had to handle the cards for her. He would love her because she celebrated herself, and whatever her flaws and prejudices, she also celebrated life for what it was and celebrated it for her family.  Despite the sexism of the time Whitman would and did conclude: “The wife, and she is not one jot less than the husband/… /The mother, and she is every bit as much as the father.”  (356).  My mother knew this in her soul.

My father, on the other hand, was smart, sometimes gruff, focused, and far more intellectual than my mother.  He did not loafe.  “Observing a spear of summer grass” (27) would make him realize the lawn needed to be mowed.  But he set certain standards for homework, doing chores, and developing one’s moral character through religious practice. Whitman might ask “What are you doing young man?/Are you so earnest, so given up to literature, science, art, amours?  These ostensible realities, politics, points?”  (180).  But he would respect him, as Whitman is inclusive of my father and those like him as well. Whitman would celebrate his occupation, his ability to choose the responsible road before him, his concern for his family.

When I overlap Whitman’s inclusiveness with my inclusiveness (admittedly not as expansive as Whitman’s), my heart opens up a little more. Certain criteria used to form judgments recede. I become aware of a faint light somewhere just below the heart and above the gut as I think about my parents. And it allows me to think that my mother is perfect, my father is perfect in a very real way. In a way that Whitman may have seen them.

After writing the above I considered broader ways of looking at Whitman and wondered how to encompass the greater world as he did. The ubiquitous power of algorithms in our lives seemed a good example. In writing the short piece “The Whitman Algorithm,” I was influenced by Michael Cunningham’s Specimen Days in several ways such as including a small amount of Whitman’s language and recognizing Whitman’s power as a guide. In each of Cunningham’s three stories set in three points in time, the first around the 1880s in New York near the end of Whitman’s life; the second about the time of the book’s publication in 2005; and the third in the future, he uses Whitman’s language differently. In the first, it is used as poetry, in the second as a manifesto, and in the last he includes several poets’ phrases and words to be activated by an embedded poetry chip in the brain. Clearly the power of the poet’s words is transformed and filtered by the contemporary environment of the setting. To place Whitman in a time grappling with the impact of widespread use of algorithms one has to consider how to view openness.

In my partial and incomplete study of Whitman, I find that Whitman has the power to open the heart but that doesn’t necessarily translate to a more open mind because the mind is more analytical, often trying to address a specific question or something it views as a problem.  I cautiously say that if the algorithm creator doesn’t have an open heart and open mind at the time she or he is writing the algorithm, then it may be extremely challenging for artificial intelligence to provide guardrails that result in more openness.